Do you wish to be a Dot Net Developer? Join Dot Net Training in Coimbatore at FITA to start your career in the Software industry. Learn the basics of Dot Net under expert professionals with certification.

Course Highlights & Why Dot Net Training in Coimbatore at FITA?


Trainers at FITA, have decades of experience in the Software industry.

Students receive a wide knowledge about Dot Net by the trainers and they can work on real-time projects.
Excellent lab infrastructure and smart classrooms.
We conduct interactive training sessions for the students to clear their doubts with the tutor.
We have flexible batch timing according to student needs.
Weekend, Weekday and Fast track Dot Net Training in Coimbatore.
Artificial Intelligence Training at an affordable cost in FITA.
FITA provides 100% placement support with training and certification.
Help the students with Resume building and Interview tips.

Dot Net is a free, open-source, and cross-platform for creating various types of applications. With the help of Dot Net, you can access different libraries, languages, and editors for creating web services. Dot Net Training in Coimbatore at FITA provides the best coaching in the .NET frameworks.

Dot Net and its characteristics

Dot Net facilitates to run your code on any of the operating systems. It doesn't matter whether you are writing code in F#, C# or others.

Mono/Xamarin is a Dot Net implementation for processing apps on all of the mobile OS.
The Dot Net framework supports various desktop apps, websites, services, and many windows.
It can be used to test different platform applications like Linux, macOS, and Windows.

Dot Net has one consistent API that is common for every Dot Net implementation.

The .NET implementation also exposes extra APIs which are required to the operating systems for operating the windows registry.

Microsoft and others support a healthy package ecosystem created on Dot Net standard.
For example, NuGet, a package manager specially created for Dot Net that has over 90k packages.

Dot Net is open-source and the Dot Net foundation has a large community of developers about 60,000 and they have many numbers of companies that are already contributing to the .Net services.

Join Dot Net Course in Coimbatore at FITA to learn the important topics in .Net framework and get trained under experienced professionals to become an expert in .NET.

.Net offers multiples of application models and some of them are provided below,

Dot Net framework is a software platform designed by Microsoft. It builds web applications, which would operate on the Windows platform.

In the .Net framework, Version 1.0 was the first version. In simple words, it is a virtual machine for executing the programs that are written in several languages like VB.Net, C#, etc.

Microsoft has designed and developed about 11 programming languages, they are as follows,

.Net Framework is a platform to build form-based applications and it provides technologies and tools to develop web applications. .Net framework consists of two main components, they are,

It is the virtual machine component of the .NET framework. It runs the codes and it supports to make the process much easier by providing several services like thread management, memory management, type-safety, remote control, robustness, etc. Primarily, it's role is to manage the .NET program's execution. .Net helps in the code management, the Managed code is the code that focuses on the runtime, whereas, the Unmanaged code is the code that does not focusses on runtime.

The below-mentioned are the various kinds of applications that can make use of .net libraries.

In common, Developers need to insert the FCL in their code and use its properties to execute complex and common functions like database interaction, graphic rendering, writing and reading a file, document manipulation, etc.

Common Type System(CTS)- It defines a different set of data types that can be applied in various .Net languages. In general, there are two types of CTS, they are,

The common Language Specification is the subdivision of CTS and it describes the set of instructions that need to be satisfied by all the other language compilers. It supports cross-language debugging and cross-language inheritance.

Sample rules of CLS are provided below,

Representation of text strings
Representation of enumerations
Static members representation and this is a subset of the CTS which all .NET languages are expected to support.
It follows the language guidelines so that they can interact with other .Net languages.

Dot Net Training in Coimbatore at FITA offers you excellent training in .NET concepts and supports you to grow your technical skills.


Syllabus of .Net Training in Coimbatore

At FITA, Trainers are the working professionals in top MNC companies.
Trainers have worked under Dot Net frameworks and have in-depth knowledge of recent updates in the software development industry.
Tutors train the students with Real-time projects to get practical & technical knowledge.
Trainers give necessary interview tips and resume building skills.
Trainers support the students to grow their analytical skills in Dot Net. 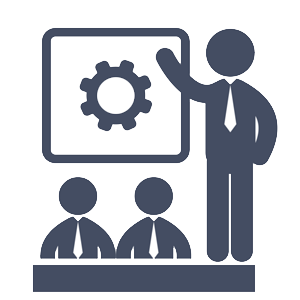 At present, Dot Net programmers or Dot Net Developers are the demanding job profiles in the IT market. Listed below are some of the reputed Organizations which hire Dot Net skilled candidates and they are as follows,

Some of the various job roles that are offered by an Organization are,

Join the Dot Net Course in Coimbatore at FITA and learn the course under professional trainers and enhance your job opportunities.

Dot Net course certification will be provided after the successful completion of this course. This certification will make the student get the leading job posts in the MNC companies easily. Certification shows that the candidate has professional skills to enter the field.

Dot Net Certification shows the candidate as a certified Dot Net developer who has in-depth knowledge in Dot Net frameworks. With the help of this certification, you can make a positive impact on yourself during the interview and you can get the job opportunity with ease. The candidates who are interested to start their career as a Developer in Dot Net can take up this Dot Net Training in Coimbatore at FITA which supports to enhance their career. 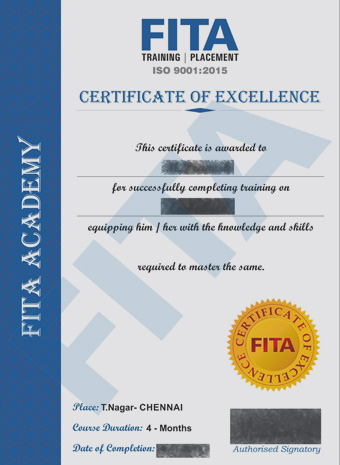 Why should I join the FITA institute?

How equipped are the trainers at FITA?

Trainers at FITA are industry experts who have 12+ years of experience in their field. They train students with real-time projects and case studies.

Does FITA support us with placement?

How do I Enroll at FITA for training?

Contact our support number 95978 88270 and enroll for training. You can also directly walk into our branch and enroll yourself.

PHP VS ASP.NET, Dot Net core is highly suitable for the cloud environment