Which Is The Better Career Path? Java Or Python 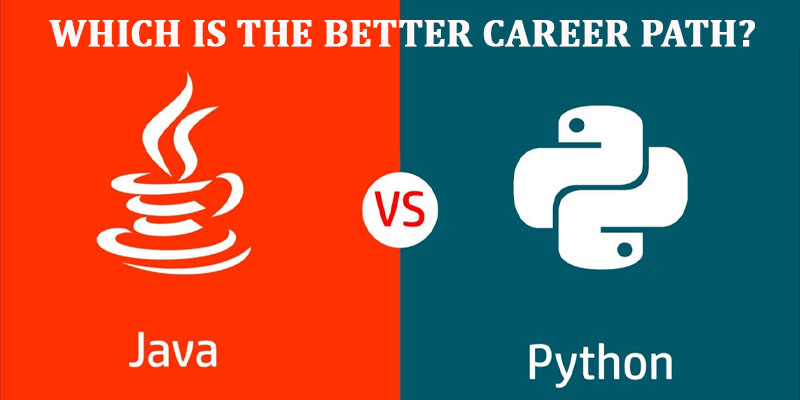 The comparison of these two fields, provide more clarity and helps to make a choice.

Java is a static type general purpose Object oriented programming language and concurrent language. Java is designed to run on any platform with the help of JVM, and it was meant to be a write once run anywhere.

Python is a dynamic type general purpose programming language. This is not as fast as Java. In Python Program we can write code in fewer lines and allowing developers to be more productive.

Key Difference of Java Vs Python

Java’s efficiency comes from Just-In-Time (JIT) compiler and it is part of the Java Runtime Environment. By compiling bytecode into machine code, JIT develop the speed and performance of the Java programs. Java Virtual Machine calls the compiled code directly and the code is not interrupted, compiling and it doesn’t require the process time and memory. Java Programs are compiled directly, but the Python programs slowdowns during runtime when the Python is interrupted. At run time it also control the type of data.

Java has longer lines of code, as compared to Python

Output for these two programs is Hello EduCBA

At the end of the statement if you miss semicolon it throws an error. In Java we must use particular block using curly braces. Code won’t work without the curly braces.

In Python statement the semicolon is not needed to end. The intention is compulsory in Python, it improves readability of code. In Python, the curly braces is never used.

In Java Database connectivity is more important and extensively uses to connect with database.

The access layer of Python’s database is weaker than Java’s JDBC. So it is used rarely in enterprises.

Java and Python are both very popular programming language. Gaining a decent experience in both the fields you can start working as an intern or software developer. Choose any one of the language to start a better career.