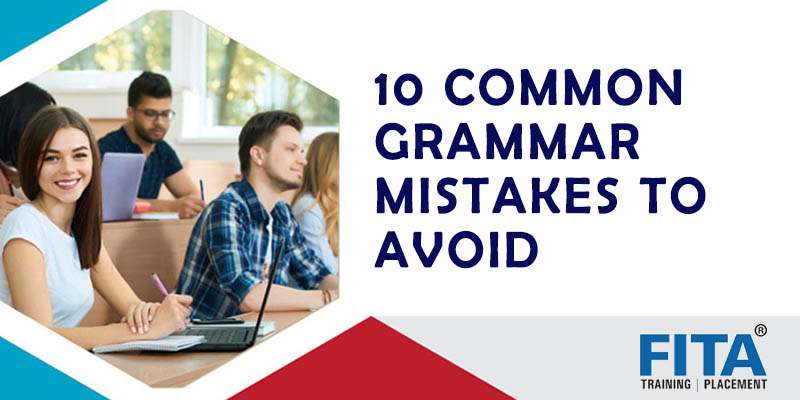 After years of education, People are still messing up with grammatical errors. Even the most educated or native speaking people who know more about the English language do make some grammar mistakes. Common mistakes like words, spelling, and punctuation, etc. People are not even aware that they are making errors and it is common to everyone.

Here we’ve assembled the 10 most common grammar mistakes made by everyone and some steps to avoid it.

Your- is the possessive adjective. It is used to describe that “something belongs to you”. It is followed by nouns and gerunds.

You’re- is the contraction of “YOU ARE” as YOU’RE.

Complement: is something that adds to or supplements something else. It can act as either a noun or a verb.

Compliment: It is something nice someone says about you.

Affect- is used as a verb. To influence or cause, that means it is acting on something or someone.

Effect- It is usually used as a noun. It shows the result of something that has occurred.

A comma is used to connect or join the two independent Clauses.

Incorrect Sentences: He was very hungry, he ate a whole bun.

Correct sentence: He was very hungry, so he ate a whole bun.

Into- It is a preposition that indicates movement towards the inside of the place.

Its- is used to indicate possession.

Watch/ See/ Look are often confusable in meaning. These verbs are used in different situations. Differentiation between these verbs are explained below:

Watch: Look at something carefully, when something is moving.

Look: To look at something directly.

To- is a preposition with several meanings, including towards and until. It shows the direction.

Too- It is an adverb that can also mean, as well as additionally.

Lose: It is a verb that means, failed or didn’t win at something or “to suffer a loss” or “to miss”

Loose: It is an adjective that means “not tight”

Could: It is the past forms of can and can’t.It used to make polite requests, possibilities, and suggestions.

Would: Used to talk about unreal or unlikely situations, or imagining results.

Should: It used for advising or suggesting someone.

English Languages has its own tricky rules, it only requires a little practice to become Master the Grammar.