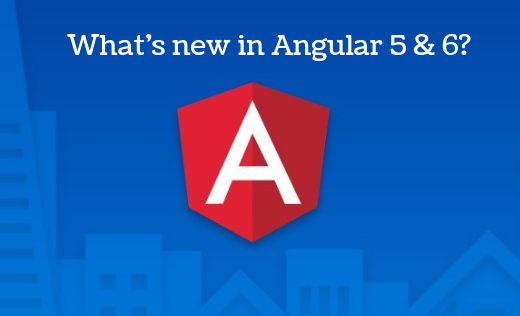 Angular JS is releasing its new version which angular 5 an incremental one. Angular 5 makes the front end development fast. Angular 5 loading time has been decreased. For some projects, the ng-upgrade is still in progress. The typescript2.4 in the angular 5 supports the error and it offers the strict null check option. The progressive web application is simplified and it produces dual flexibility. It makes the job of users and the developers easy. Enrich your career in this field via AngularJS Training in Chennai, specialists approach is helpful for all and take a look at What’s new in Angular 5 & 6.

Angular CLI has the capability to create own code. Configuration and code on its own are the best features of the angular-CLI. Application logo, push notifications are good in AngularJS. The offline capability and the treatment of push notifications are used through the service workers. AngularJS Training is the right choice to learn everything about web development.

The errors in the build time, not the runtime are a very crucial part in the angular 5. The Angular CLI provides the static analysis of AOT mode. The incremental builds are supported by the AOT mode and this aids for the reduction in the built time. The Google closure compiler can be used to get the desired results in the build.

The validation will be performed within the specified time. Every time a form control value is changed and it helps for the complex validations to be done perfectly. It is easy to mention the validation accurately with the latest version and change the validation also with the help of change, submit or blur.

The inputs values change as per the time in the application. This is handled through the model-driven approach. This helps to create multiple controls in a group, Validate from values and implement more advanced forms. Accompany AngularJS Training Institute in Chennai for web and app development.

Changes In The Angular 5

Tools Optimized In The Angular 5

Typescript version 2.4, RxJS 5.5, build tool, AOT, Activation Start and activation End in a router are some of the new tools in the angular 5.

Angular 6 the new version of Angular JS supports the typescript version 2.7 and makes the coding part easy. The DOM element in the Angular 6 wraps the Angular component into the custom element which pays way to use the angular component in other projects. Angular 6 comes with new bug fixing features and thus when installing the latest version it is important to uninstall the existing service worker in the Angular JS. The template element is initially depreciated in the version 4 and now removed in the version 6. The formatting function in angular 6 is improved and the currency value will be rounded to the appropriate digit. The third rendering engine has been introduced in the Angular JS called IVY and it increases the speed.

Angular 6 is initialized with fastness at runtime and compact in delivery. Learning a new technology is helpful for the career growth. Angular is used for the web application and the mobile application. Many companies like Amazon, PayPal, and up work are using the AngularJS application.