Comparable and Comparator Interfaces In Java: Differences and their use case 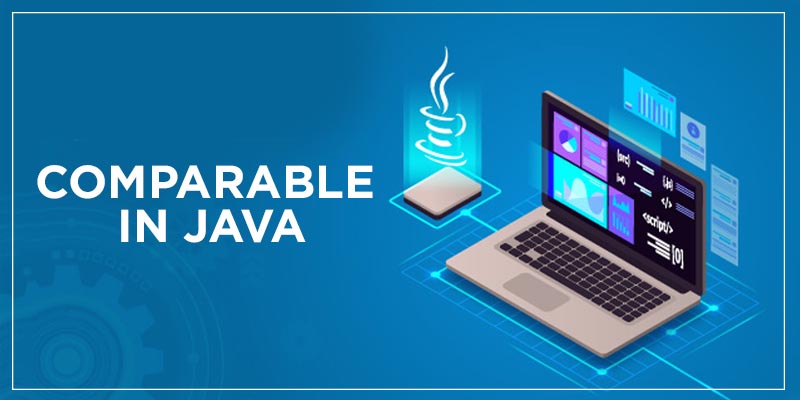 In java, the behaviour of a class is specified by the implemented interface.There are two such interfaces as follows:

Comparable in Java
Comparator in Java

For example consider you have an Employee class, with attributes as salary, days worked, name, bonus earned etc., and now to sort the list of employees based on the number of working days you can use Comparable and Comparator interface to arrange the list.

What is comparable In Java

Comparable is used to sort objects in a natural ordering using the data members of the class.It compares one object with the other(itself) on the basis of single data member or attribute.The comparable interface is found at the java.lang. Comparable and have only one method, CompareTo(Object) which is responsible for sorting.

This method returns an integer value, a positive, a negative or a zero on the basis of comparison result.Here is how the result is decided

In the above example program, I created a class for Employees, with their salaries, names, position, and working since(year). The Class Employees is implementing the Comparable interface and overrides the compareTo method. This method sorts the instances of the Student class, based on their year of working, invoked by the sort method.

Output for the above program will be as follows

Check out this Complete Online Java Course by FITA. FITA provides a complete Java course including core java and advanced java J2EE, and SOA training, where you will be building real time applications using Servlets, Hibernate Framework, and Spring with Aspect Oriented Programming (AOP) architecture, Struts through JDBC bundled with, placement support, and certification at an affordable price with an active placement cell, to make you an industry required certified java developer.

Now that we have covered the Comparable Interface with an example for sorting objects, we will now see the Comparator interface of Java.

Unlike Comparable, the Comparator uses two methods for sorting,
compare(Object obj1,Object obj2)
equals(Object element)
The compare(Object obj1, Object obj2), compares the two passed parameters with each other and returns,
Negative integer, if the first argument is less than the second argument
A positive integer, if the first argument is greater than the second argument and
Zero, if both the arguments are equal.

The second method equals(Object element), takes one positional argument as Object, and compares the given Object with the comparator.

equals() method will return true if the passed object is also a comparator else returns false.

The following steps are followed for sorting objects, with a comparator
Create a class and implement Comparable class on it
Make an instance of that class
Override the compare or compareTo method
Overload and invoke the sort method by passing the list and the instance of class(which implements comparable).

After discussing the Comparators in Java, it is the time to implement it in an example program.

In the above example program, I created a class for Employees, with their salaries, names, position, and working since(year). The Class Employees is implementing the Comparator interface and overrides the compareTo method for integer objects and creating new classes, implementing a Comparator on them, and overriding the compare method for String and double objects. This method sorts the instances of the Student class, based on their year of working, invoked by the sort method.

This was all about comparators and comparables in java, sorting lists using them, and example programs for comparators and comparables. To get in-depth knowledge of core Java and advanced java, J2EE  SOA training along with its various applications and real-time projects using Servlets, Spring with Aspect-Oriented Programming (AOP) architecture, Hibernate Framework, and Struts through JDBC you can enroll in Certified Java Training in Chennai or Certified Java Training in Bangalore by FITA or a virtual class for this course, at an affordable price, bundled with real-time projects, certification, placement support, and career guidance assistance and an active placement cell, to make you an industry required certified java developer.