Applications of Python in Real World 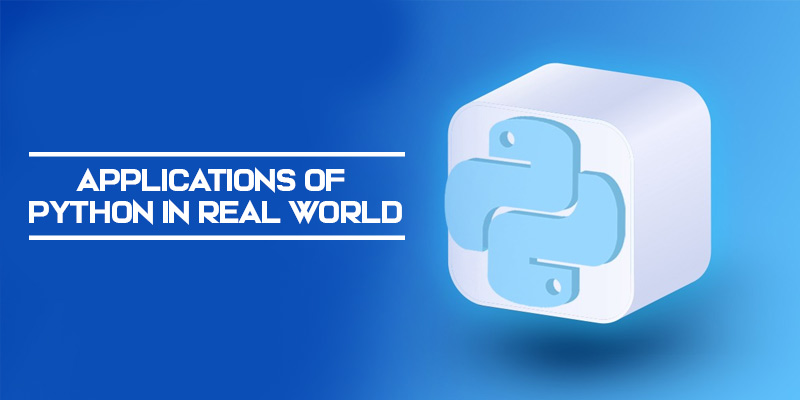 Python programming language operates on the cross-platform operating system. It is mostly used to develop a broad range of applications designed for text processing, enterprise-level using scientific, image processing, numeric and data from the network.

Youtube, Dropbox, Deluge, Cinema 4D, and Bazaar are some of the Python-based applications that are used globally. Join Python Training in Bangalore at FITA and gain more knowledge about the applications of Python.

Python language has a modular architecture, rich text processing, easy syntax, which are the tools that are used mainly to work on various operating systems, which makes the best option for developing desktop-based applications.

There are different graphical user interface toolkits such as PyQt, PyGtk, wxPython are the best tools that help the developers to design highly functional Graphical User Interface (GUI). There are several applications developed using Python includes.

The productivity, high speed, and availability of tools, such as Numeric Python, and Scientific have made Python become an integral section of applications involved in the processing and computation of scientific data.

The 3D modeling software like finite element design software, FreeCAD, such as Abaqus is coded in Python.

Python language has several libraries, modules, and platforms that can support the improvement of games.

PySoy is one of the 3D game engines that can support Python 3, for game development, PyGame implements functionality and library.

Disney’s Toontown Online, Vega Strike, and Civilization-IV are the various games that are built using Python.

The business Applications are more different than normal applications, and the domains are ERP, e-commerce and many more. They need applications that are easily readable, extensible and scalable. Tryton platforms are used to develop such business applications.

Python is used to develop applications, which also multi-task and output media. Audio and Video applications like Cplay, TimPlayer, all these applications are developed using Python modules. Compared to other media they give good performance and better stability.

python programming Language is based in the C Language. It is mainly used to develop the software for Embedded applications and Embedded C. It may help to perform high-level applications on the smaller devices, which can compute Python.

Learn Python Training in Chennai at FITA and learn more about the applications of Python language in the real-world under the working professionals.