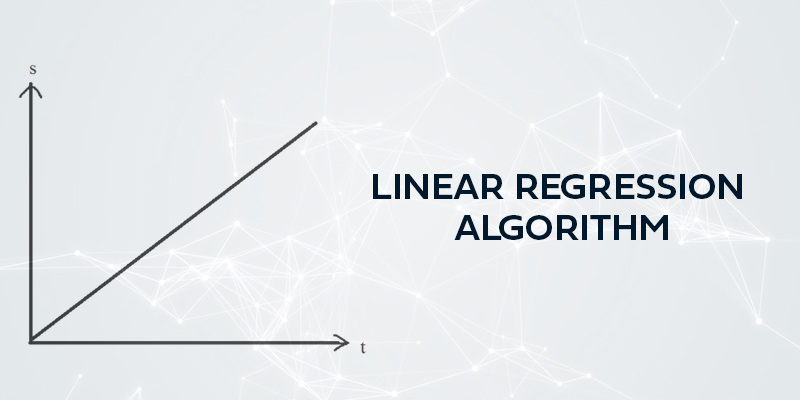 Linear regression is more than 200 years old algorithm is used for predicting properties with a training data set.

In this blog we will learn

Simple linear regression is a straight line equation between independent and dependent variables. That straight equation is

Here, y is a dependent variable on x (an independent variable). We will need to estimate slope and the y intercept from the training data set and once we get these coefficients we can use this equation any value for y given x as input. But why this straight line equation?

Suppose that we have this data for the per capita income of the US(in dollars) for the years 1970 to 2016.

I will represent the data using a jupyter notebook, and various python libraries such as pandas, numpy sklearn, matplotlib with an alias name.

Now plotting the above data with 46 columns and 2 rows 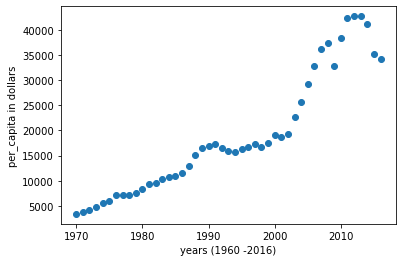 Now there could be more than one line of equations which satisfies the condition for finding the regression or prediction values as.

But to find the best line which fits the regression with the least error value we will need to calculate the coefficients of the equation.

Now to draw a relation between these points we will need a straight line equation using Least Square Method (to have the least difference between predicted line and the observed values).

So these coefficients can be calculated with

Which on further calculation will give,

So now the equation, for any point of value will be

And there you are to predict any value of per capita for a given year.

Or with a python function it can be implemented as

And now here’s how you would do it with python sklearn library.Import linear_model from the library and create an instance of it.

Now the model is ready for a best fit equation line, we can find out the slope and the y intercept with reg.coef_ and reg.intercept_

Now let us visualise the data with matplotlib 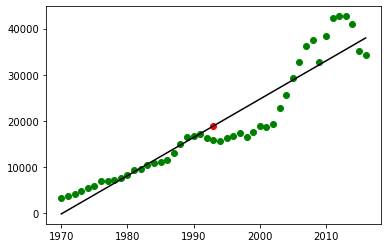 and then use the predict method to predict any value of per capita for a given year.

Now let’s predict the per capita for recent years(testing data set) ,and store them in a csv file

Now store the predicted values in the new column of the years.csv file.

This was all about linear regression algorithm with an example of predicting per capita income of US for several years with a trained data set.To get in-depth knowledge of Python along with its various applications and real-time projects, you can enroll in Python Training in Chennai or Python Training in Bangalore by FITA or enroll for a Data science course at Chennai or Data science course in Bangalore which includes Supervised, Unsupervised machine learning algorithms, Data Analysis Manipulation and visualisation, reinforcement testing, hypothesis testing and much more to make an industry required data scientist at an affordable price, which includes certification, support with career guidance assistance.