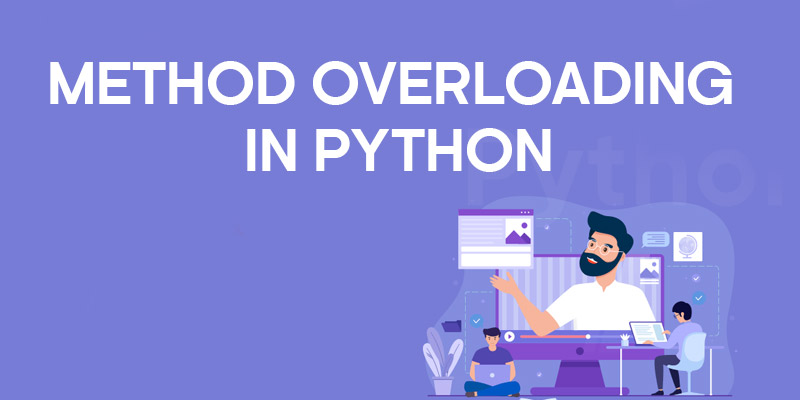 Let us now learn the Method Of Overloading in Python, starting with what is Overloading In Python.

What Is Overloading In Python?

Overloading is giving different definitions to a method or function in different places i.e., the method will work differently but with the same name.

In python, the operator behaves differently based on the type of object, this also a type of polymorphism, but as operator overloading.

After understanding what is Operator Overloading in python, let us now see how to overload a method in python along with an example program.

How to Overload Method In Python

In python, you can overload the same method or function defined in a place, with a different number of arguments or zero arguments while using the same name at different places. This process is known as Method Overloading.

The above program outputs

Check out this complete Online Python Course by FITA. FITA provides a complete Python course which covers all the basics and advanced concepts of python including exception handlings, regular expressions, along with building real-time projects like Bitly and Twitter with Django, bundled with placement support, and certification at an affordable price with an active placement cell, to make you industry required certified developer.

Method overriding is when you are using the same method name, and the same number of arguments in the classes and usually in case of inheritance.

Here’s a simple code that will have the same functionalities but different discount rate,

The above program has two different classes RegularCustomer and OccasionalCustomer.The __init__ method also known as the dunder or magic method is a constructor for the class and initializes the attributes to be used within the class.

The super() charge method and the subclasses initializes all the attributes passed and all the methods of the base class into the child class.

Let’s test the program now by creating objects of this class and calling methods,

The above program will now output

Let’s now add one more method which will give us the final price of the program.

Add this method only in the base class and you will be good to go..

This will now output as follows

You can now leave the first print function to see the discount and leave it to your program.

You can find this complete code at my Github account over here.

This was all about what is method overloading and method overriding and how to implement it along with example programs. To get in depth knowledge of Python along with its various applications and real-time projects, you can enroll in Python Training in Chennai or Python Course in Bangalore by FITA which covers all the basics and advanced concepts of python including exception handlings, regular expressions, along with building real-time projects like Bitly and Twitter with Django, at an affordable price, which includes certification, support, and career guidance assistance with an active placement cell, to make you industry required certified python developer.