In this blog, I will talk about the famous 10 libraries of python with their features along with examples.

What You Can Do With OpenCV

Here is an example of blurring an image using gaussian blurring with OpenCV library.

With this documentation, you can start making your own detection models.

A tensor can be described as an array of 0,1,2,3 or a higher dimensional array with homogenous data, upon which the scientific calculations are done just like numpy arrays with three properties as shape, size, and type.

With Tensorflow you can create

Example of creating tensor in Tensorflow

Matplotlib is a 2-D plotting or data visualization library, originally written by John D. Hunter. Matplotlib can be used to embed graphs, diagrams, or plots in web applications with flask, Django, or desktop applications such as Pyqt, Tkinter,wxpython, etc.

What you can plot with matplotlib

And all other charts that you want to visualize.. 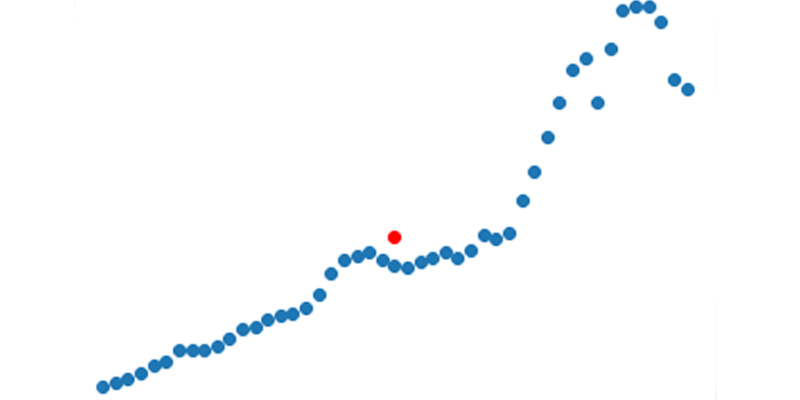 Numpy or Numerical python is a free and open-source library for working with n-dimensional arrays or ndarrays. It is often used with other libraries such as scipy, matplotlib, Pandas, scikit for scientific computations for various data science or machine learning applications. Numpy is partly written in Python and the rest with C and C++.

Example for converting an array of temperatures in Celsius to Fahrenheit using numpy.

Scikit Learn is a python library mostly used along with numpy and pandas for working with complicated or complex data.

It is used for cross validations such as checking the precision of unsupervised and supervised models with various algorithms.

Scikit learn is used for

Classification, grouping, or sorting of datasets.
Clustering and Model selection
For Regressions such as Linear, Logistic, Multiple, or binomial regression.
Extracting objects or features from images and documents.

Here is an example from scikit-learn exercises for cross-validation of the diabetes dataset.

Cross validation is a technique for testing the effectiveness of a model and to evaluate if we have enough data.

Requests is one of the famous libraries for making Http requests using python, for human beings.

Requests is used in

Read the response from the requested url.
Send a GET, POST, PUT, DELETE requests with its methods.
Handle exceptions.
Customize headers and data of the url.

Example program for scraping the FITA website with requests.

Check out this Online Python Course by FITA. FITA provides a complete Python course that covers all the beginning and the advanced concepts of python including Django, along with hands on building real-time projects like Bitly and Twitter using Django Framework, along with placement support, and certification at an affordable price with an active placement cell, to make an industry required certified python and Django developer.

Beautiful soup is a python library for parsing data from the websites or for web scraping. It removes all those tags and styles from the source code and only uses the data that we want without having to reload the page, like the search for a <a> tag and return only its href value.

Get the URL of the site.
Send a request to the server
Read the response from the server
Inspect the page and select elements you want
Parse using a scraper and store the data.

Well, you can surely grab any of these courses at an offline or online mode with this link at an affordable price.

Sqlalchemy is a famous ORM or Object Relational mapper for Python, which converts the user defined classes to SQL database or tables. All the operations of raw SQL can be performed using Python classes(inheriting models from sqlalchemy) and will be mapped to the databases.

Example of creating a table with sqlalchemy

Which will create a table as follows

Pyqt5 is a library for creating desktop applications or interacting programs using GUI.PyQt5 is the latest version of pyQt, it lets you use the Qt GUI framework and Qt designer for making the layout of the application. An alternative to Pyqt would be Tkinter, which is lightweight and lets the developer decide the layout and components.

Here is an example picture of an application I made with pyqt for cricket score evaluation. 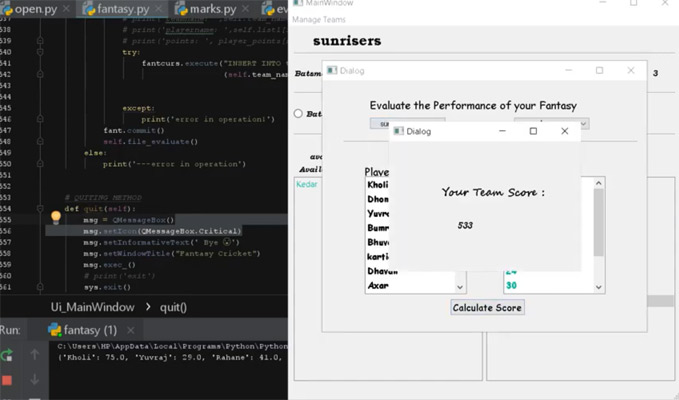 Whether you are writing a small program or a complex one, a program for deployment or for development, testing the program is important in every stage, therefore pytest can help you code failures, fixtures, and much more.

You can find the full documentation of pytest here.

To get in-depth knowledge of Python along with its various applications and real-time projects like twitter and bitly clone with Django, you can enroll in Python Training in Chennai or Python Training in Bangalore by FITA, which covers all the basics and advanced concepts of python including exception handlings, regular expressions, along with building real-time projects like Bitly and Twitter with Django, or enroll for a Data science course at Chennai or Data science course in Bangalore which includes Supervised, Unsupervised machine learning algorithms, Data Analysis Manipulation and visualization, reinforcement testing, hypothesis testing and much more to make an industry required data scientist at an affordable price, which includes certification, support with career guidance assistance and an active placement cell, to make you an industry required certified data scientist and python developer.