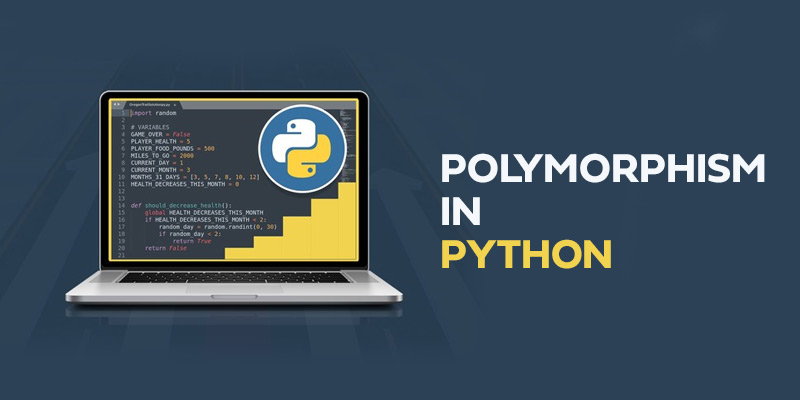 You might have used many built-in methods or defined many class methods in python, so let’s dive deep into their functionality and a concept of object oriented programming that is polymorphism today.

Polymorphism is when a same piece of code works differently at different places that is with many forms.In object oriented programming paradigm, a method defined in Base class can be used with the same name in the various subclasses with different purposes.

Polymorphism can be among functions and objects or amongst class methods or in classes amongst inheritance.

Polymorphism between functions and objects.

For instance, let’s create a common function driver for two classes and pass objects of different classes to it, but call the same methods for the objects.

Checkout this Python Online Training by FITA. FITA provides a complete Python course where you will be building real-time projects like Bitly and Twitter bundled with Django, placement support and certification at an affordable price.

In inheritance, polymorphism takes place between a base class and a derived or sub class.Methods with the same name can be used in base and derived class, and also overriding the function of the base class by redefining it in derived class is known as Method overriding.This is mostly done when when the child class is required to change a feature of parent class.

Here is an example for deeper understanding

The super() charge and the subclassing will have the same bonus method, which calculates 50 percent bonus for either type of employee.

Here is the output for the example program

Now the output with the same inputs will be

In the above examples, the interpreter chose the function which comes last i.e, in overriding and forgets about the previously defined method in case of calculating bonus.This is known as run time polymorphism.

Python unlike many other famous programming languages such as java, c++ , go does not support compile time polymorphism because it doesn’t use function arguments for method signature.

In python, the operator behaves differently based on the type of object, this also a type of polymorphism, but as operator overloading.

+ (operator) sums up two numbers or concatenates the two or more incase of strings.
* multiplies two numbers or repeats the object in case of use between strings.

This was all about Polymorphism and its types and implementation in python..To get in-depth knowledge of Python along with its various applications and real-time projects, you can enroll in Python Training in Chennai or Python Training in Bangalore by FITA at an affordable price, which includes real time projects with certification, support and career guidance assistance.