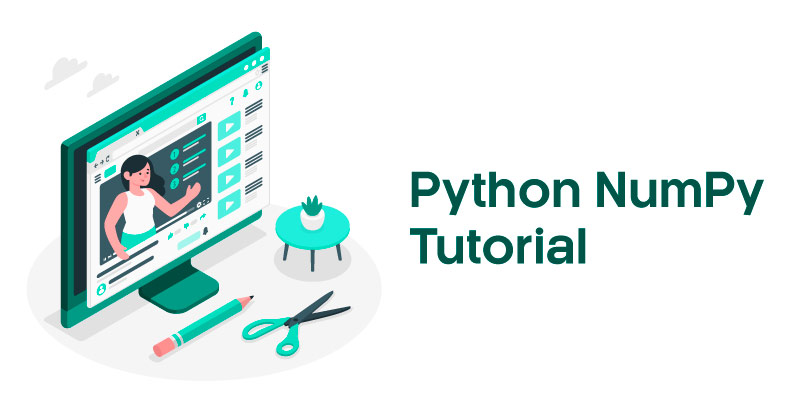 Numpy or Numerical python is a free and open source library for working with n-dimensional arrays or ndarrays.It is often used with other libraries such as scipy,matplotlib,Pandas,scikit for scientific computations for various data science or machine learning applications.Numpy is partly written in Python and the rest with C C++.

Getting Started With Numpy

Numpy does not come pre installed with python.So you will need to install it with either pip or pipenv installed on your system, then the following command is enough to get started with numpy

Or if you are using any python distribution like Anaconda, Spyder etc., then they have numpy pre installed and you can just start from importing numpy in your environment.

Throughout the blog i will use an alias name np for numpy,so i will import it in this way,

In python we used lists for storing multiple data instead of arrays, because arrays can only include homogenous data or elements of the same data type.Then why use arrays instead of lists?

Array elements are stored at contiguous memory locations,and use less memory and space which make them convenient to use.

Consider the following example where we are adding numbers,(1 to 100000 with 1 to 100000) with lists and arrays and comparing their time difference (with time module) to do this math.

Slicing Elements from the array

For 1-D arrays
We’ll have the same slicing method as the list that is using indexing or [start:end:step]. The above program returns every element from index 1 to index 7 by skipping 2 elements in between.
For 2-D arrays
We will have to specify the slicing for both the rows and column, separated by a comma respectively. Here the program slices for row 1 and for the columns of the respective row 1 it gives values from index 2 to index 5. Another example for slicing 2-D arrays Here we are taking rows from 0 to 1(2 excluded because of colon) and printing values from index 2 to index 3 (4 excluded because of colon). Output

Copy And View In Numpy

The difference between view and copy of an array is that the former one(view) will create a new array with the elements as of the parents elements,but changing any of the elements of either the parent’s or the view copy’s element will be reflected in both the arrays.Whereas the later one(copy) is like deep copy of lists, where changing elements of either the parents or the copied array will not change the other one.

Doing addition, multiplication division or finding the square root is just as you would do in python with 2 or more operators.I will implement all these operations in the program below.

Creating an array
Converting celsius to fahrenheit
For lists this can be done by looping over each value with list comprehension and performing the operation. For arrays this can be done with scalar multiplication as follows 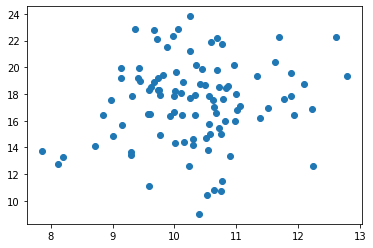 This was a quick start tutorial for Numpy and its implementations. To get in-depth knowledge of Python along with its various applications and real-time projects, you can enroll in Python Training in Chennai or Python Training in Bangalore by FITA or enroll for a Data science course in Chennai or Data science course in Bangalore which includes Supervised, Unsupervised machine learning algorithms, Data Analysis Manipulation and visualization, reinforcement testing, hypothesis testing and much more to make an industry required data scientist at an affordable price, which includes certification, support with career guidance assistance.

Recent Post: What are Python Arrays and how to use them?