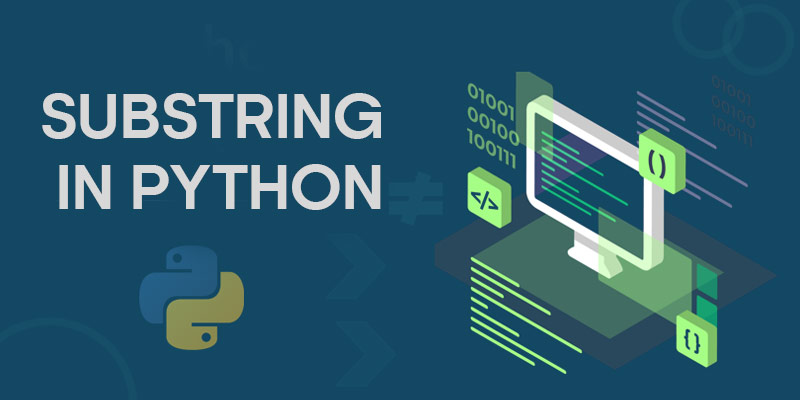 Here is what we have on this page today.
What is substring?
String slicing.
find() method.
Check for a substring and count its occurrence.
Splitting strings.
We know that a string is a sequence of characters, but today we will learn how to get a part of any string, known as substring.

Checkout this complete Online Python Training by FITA. FITA provides a complete Python course where you will be building real-time projects like Bitly and Twitter bundled with Django, placement support and certification at an affordable price.

String slicing can be done using the [] (square brackets) notation, just as you get index.
Slice for a character

The find() is a built-in method in python which will return the starting index of the substring in the string, else return -1 if it’s not present. For instance, Will give you 34.

Check for a substring

You can also use the in or not in keywords to check if a substring is present in the string, which will give a boolean result. Which outputs.. Also you can count the number of occurrences of the substring , when you have checked if it is present, else it will return 0. Output

You can split a string at a particular substring and simultaneously create a list of all the remaining substrings excluding split substring using the .split() method. Here’s an example of the split method. In the first print statement I am splitting at space, and in the second one at P. Here’s the output
You can now even join these substrings using the .join() method.

This was all about slicing strings in python with its implementation..To get in-depth knowledge of Python along with its various applications and real-time projects, you can enroll in Python Training in Chennai or Python Training in Bangalore by FITA at an affordable price, which includes real time projects with certification, support and career guidance assistance.