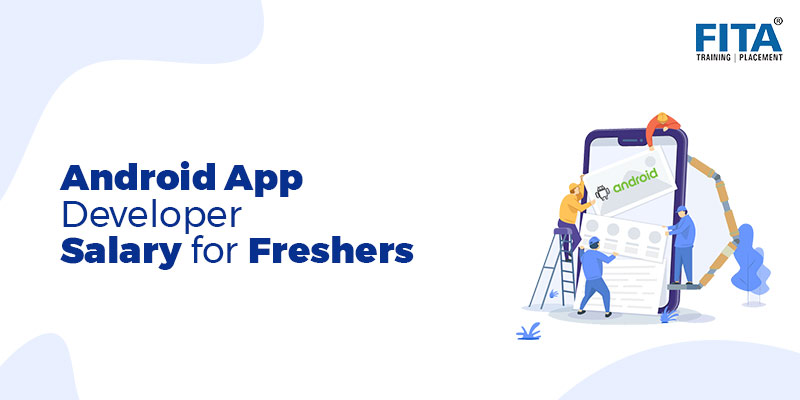 Android apps have been revolutionizing the ease of digital devices and its services. If you are an enthusiast to become an android app developer, then you have landed on a great platform. Through this blog, we will walk you through the Android App Developer Salary in India for Freshers along with its growing demand into the leading-edge tech era.

An Android app is a testing software that runs only in the Android operating system. A typical Android app is intended for a smartphone or tablet PC running on the Android OS since the Android platform is built for mobile devices. Let’s discuss the role of android app developers, their significance, job openings, and their salary structure.

An Android developer is in charge of creating apps for devices using the Android operating system. Because of the discontinuation in the chain of the Android ecosystem, an Android developer must pay extra attention to the app’s compatibility with various Android versions and device kinds. They must be expertised in the patterns and procedures that revolve around such a platform. Due to their higher demand, the Android Developer Salary in India is incrementing over years.

The android developer salary for fresher in India ranges from 1.5 to 5.0 Lakhs Per Annum. However, the salary structure varies for different positions. Here we have approximated the average salary for different roles. 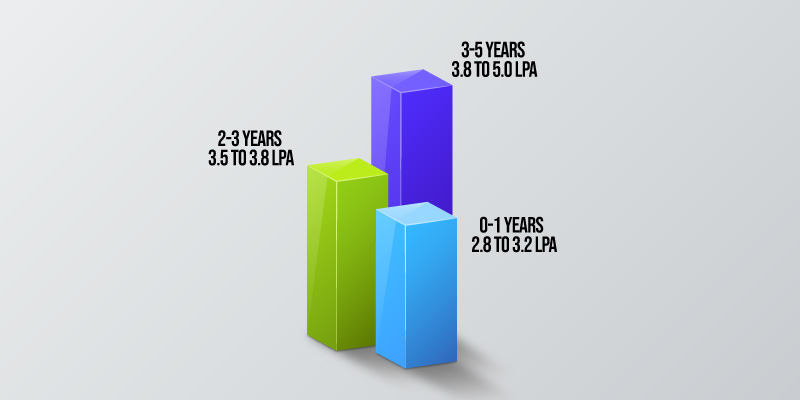 To become an exceptional android app developer, freshers will the following skills are appreciated to apply, the skills include

Essential Skills, Roles, and Responsibilities of a Android App Developer at Freshers Jobs

To join as a android app development trainee, the applicants are advised to possess the following skills: strong knowledge in Android SDK; RESTful; Android Apps; Android UI Design principles, patterns, and practices; knowledge in threading, offline storage, and performance tuning; familiarity with gyroscopes and sensors; exposure to APIs, push notifications, and cloud services; basic understanding of Google Android, Git, and system libraries. Here, the developer and development trainee are the same, but the difference is that trainees are associated with collaborative works with Android developers. As a android developer trainee, they must fulfill the following key roles and responsibilities

Showcase your individuality through a resume by acquiring Python Training in Chennai.

Freshers who are willing to earn a good android developer salary can apply for this particular role. But, before applying for this role, the applicant must have skills in the following domains such as proficiency in Java, C++, Kotlin; Ability to work with Android Studio, Android SDK; relevant experience in android development; excellent proofreading and coding skills with collaborative personality. As an android engineer, they are associated with the following key roles and responsibilities alike android developer

Enhance the skill set as an Android developer through learning Java Training in Bangalore.

In this section, we will provide you with dependable materials for the most outstanding interview preparation. We can now find a variety of interview preparation guidelines and blog posts, but each resource has its own set of flaws. Due to the relevance and demand for Android App Developer roles, we’ve compiled a list of the Best Interview Tips for freshers. Then, the candidates are also encouraged to refer to Android Interview Questions and Answers. Because they are produced in a simple, accessible manner, these materials will provide you with the most valuable information for both beginners and experienced professionals. It will also help participants develop their skill set and enthusiasm to prepare for their upcoming interview process.

Based on our study on android app developer salary in India for freshers, we recommend that IT professionals who are willing to begin their career advancement right away. Enroll to Android Training in Bangalore, where the applicant will receive outstanding training and placement guarantee. Freshers are advised to initiate their progressing career that has a scope and applications in the future IT world. The Android Development roles are in high demand in the IT employment market. Finally, we hope that this article has provided you with all of the information you need to apply for Android Apps Development jobs in India.