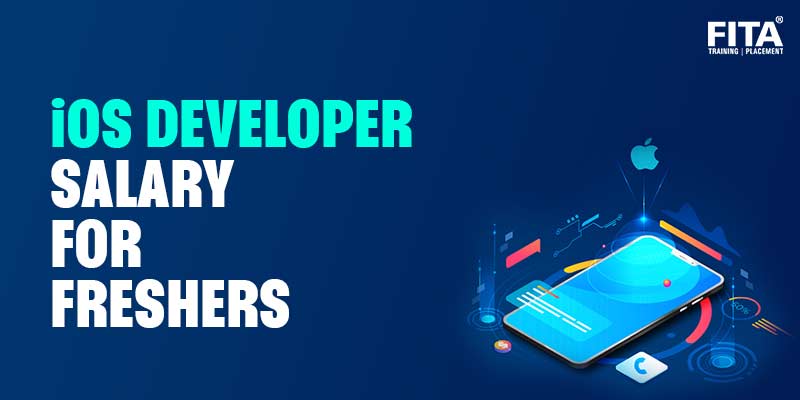 Are you a fresher seeking to begin your career in mobile development and perplexed about how to start and where to start? Here you have the go-to guide which is required for learning the best programming language and essential skills to acquire.

As more businesses adopt a mobile-first strategy, iOS developers who create applications for iPhone models are in high demand, with skill shortages resulting in increased wages and a significant number of open developer positions. Developers with the proper programming languages and other abilities can design apps that businesses and consumers use daily to improve productivity. So, freshers have enormous job opportunities to land their careers in the mobile app development sector. Moreover,  the iOS developer salary for freshers ranges from ₹2 to ₹3 lakhs per year.

What is iOS Development?

Developing adaptable programs for Apple’s mobile operating system, which runs on iPhones and iPod Touches, is known as iOS application development. The software has built-in programming languages such as Swift and Objective-C and is then sent to the App Store for download by users.

Why are iOS Developers in Demand?

The global demand for new and improved apps is unquenchable. Moreover, developers have several opportunities to demonstrate their abilities by creating intriguing and innovative iOS apps. We should expect a consistent need for iOS developers who can work their magic when designing apps, given the expanding popularity of iPhones, iPads, iPods, and the thirst for new apps.

Indeed, there are more than 6000 unfilled job positions in the famous job portal. It is due to the lack of skills. If it is not convincing, Joe Conway, Founder of Stable / Kernel and author of ‘iOS Programming: The Big Nerd Ranch Guide’- states that iOS Developers exponentially increase in upcoming years.

He contends that the high demand stems from the need for trained people to maintain and improve existing applications. These applications must stay current with introducing new devices and iOS operating system versions and compete with other similar apps. He also predicts that there will be a scarcity of specialists capable of developing native iOS apps. As previously stated, the current shortfall is primarily due to the high demand for new apps.

Furthermore, according to iOS Developer, the growing number of iOS devices delivered, many start-ups emphasizing mobile apps, and the number of people wishing to develop their iOS apps has created a massive demand for iOS specialists.

The two sectors seeing a lot of demand are automation and health. Other businesses that demand iOS Developers include travel, transportation, retail, insurance, banking, financial markets, energy and utilities, telecommunications, and law enforcement.

Moreover, if you are intended to begin your career as an iOS developer, the ios developer salary in india for freshers is given below.

Roles and Responsibilities of an iOS Developer

An iOS Developer is someone who develops, analyzes, and improves apps for Apple’s iOS mobile operating system. To design their applications to their firm’s or client’s demands, an iOS Developer must understand how iOS functions and integrates with various Ios devices, such as the iPhone, iPad, Apple Watch, and Apple TV.

The iOS developer is also responsible for creating, testing, and updating software for many departments. Developers must be able to create user-friendly apps for a range of purposes, such as social media, business, finance, and many more, based on the user’s needs. Apple’s most recent mobile operating system requires qualified developers to be up to date on how to program for it. They should also be familiar with backend tools like PHP and databases like MySql and MongoDB.

iOS developers should be able to code by the current smartphone hardware specifications. Moreover, the Developer must have the ability to lead the team that can design the App and provides technical support to users after it is launched. Developers may be expected to produce training guides, organize web-based seminars, and deliver information sessions in collaboration with technical support workers. Further,  Developers must assist in the development of a customer service manual.

Technical skills are the most critical requirements for this job, but iOS developers must also have excellent professional etiquette and management qualities. They must be willing to create and supervise teamwork capable of working at all levels of the organization. Moreover, they must support customers for each developed and launched App. Following that, the iOS developer may be tasked with assisting the customer support team in providing professional customer support to those who have purchased the apps.

Essential Skills for an iOS Developer

To become an ios developer, we must-have skills that help us stand out as unique people before other candidates.

If you want to learn UX/UI design, you can join a UI/UX Design Course in Chennai and learn Navigation – Different Types, Sorting Tools, Card sorting and Reverse card sorting, and many more core concepts.

Learn and Become an iOS Developer

What you need to learn

If you want to learn a swift programming language that would help you become an iOS developer? You can join Swift Training in Bangalore and learn Objective C, Xcode basics, Variables, Arrays, Tables, Loops, Firebase, and Core ML.

What other qualifications do you need to work as an iOS developer?

To prepare for a developer position, individuals who wish to become iOS developers must learn the following abilities in addition to Swift and Objective-C.

Do I Require Qualifications?

While many iOS developers have a computer science, software engineering, or mathematics background, it is not mandatory to have these degrees. Many iOS developers never intended to pursue a career in programming, and the majority of them did not begin their careers in development. If you want to become an ios developer, you must acquire skills rather than focusing on obtaining a degree.

If you don’t have a degree, the most accessible approach to getting a job as an iOS Developer is to show that you have all of the necessary skills—and the simplest way to achieve that is to start doing it. Attending classes to expand an iOS Developer’s skill set will get you started on projects that demonstrate what you’ve learned to potential employers. So, you can join iOS Training in Chennai and equip yourself with the skill required to become an iOS developer.

Here is the list of tools that are essential in any iOS development.

This compensation is not for a brief period, as Indeed’s wage trend indicates that this trend is likely to persist.

According to Mondo, if a company finds and places technology workers, iOS Developers earn between 106,000 and 156,000 USD per year.

Job Titles and Salary in the iOS Industry

After analyzing, it is estimated that over 2 million job profiles in its database, LinkedIn determined that the top job title is iOS Developer.  Here are a few of them, along with their salary. 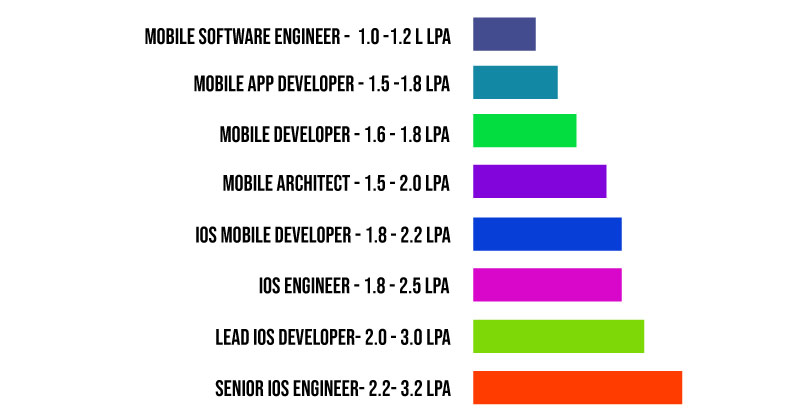 In India, ios developers earn roughly 2 to 3 lakhs per year. The compensation increases after gaining years of experience. The pay scale diagram is given below. 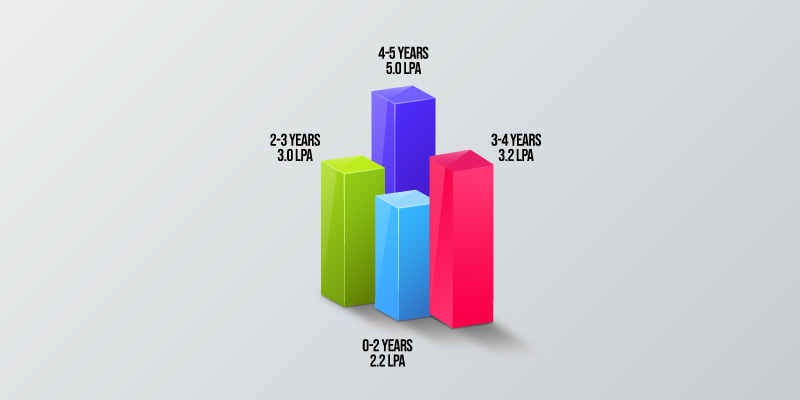 If you are preparing for an iOS developer interview, preparing these questions would help you crack out the examination.