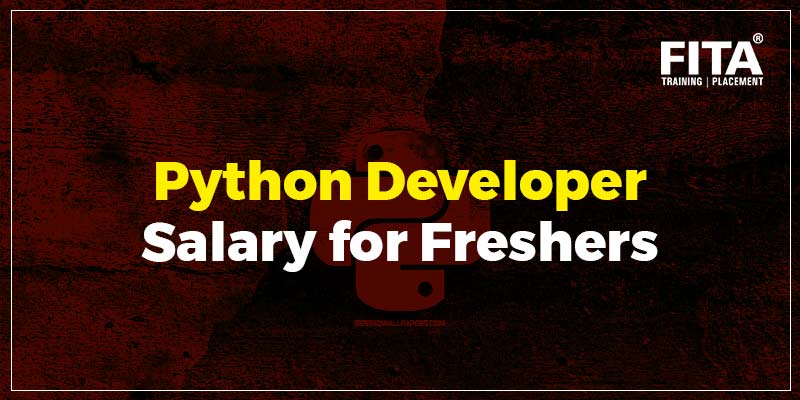 Are you passionate about becoming a next-generation programming expert! Python is a great place to start if you’re looking for a highest-paying IT job. We’ll walk you through the prospect of Python Developers Salary for Freshers in India. Though the language is new, its popularity is increasing tremendously every year. The language has gained popularity among the developers to prefer Python rather than Java, C#, and PHP. Because this language is simple and it is easy to learn with basic coding skills. If you are interested in learning Data Science, Machine Learning, Web-Development, then Python is your key! Let’s discuss about Python developers’ demand with their salary potential, and benefits in this blog.

About Python & Its Significance

Python is a dynamic and high-level programming language extensively used to develop websites and applications, perform automated operations, and machine learning. According to a survey conducted by StackOverflow Developer, Python ranked third among all the programming languages; also, it remains the most loved programming language preferred by Web and Application developers. Besides, the potentiality of Python is very versatile, exponentially increasing, and has broader applications & is not limited to. Henceforth, the Python Developer Salary keeps on increasing to the peak, comparable to Java and other competitive coding languages. Let’s take a look into Python’s specialized features and computing benefits. 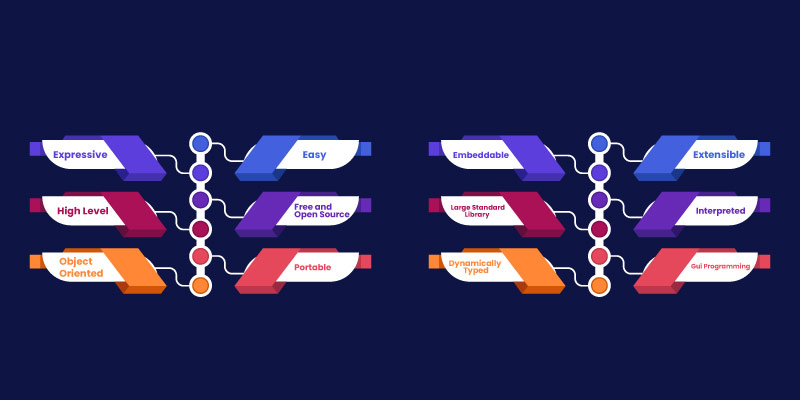 Python has several special features, that is why the language remains the most preferred and versatile tool for every programmer. Let’s discuss the top most features along with their descriptions.

About Python Developer or Programmer

A Python Developer tends to work on the server-side of development projects, scripting, developing, deploying, and troubleshooting them (or back-end). They may, however, be willing to facilitate corporations with their digital infrastructure. On the other hand, Python Programmers are also concerned with coding and computing. Both of them play an important role for the development of Python Programs and its supported web-application.

The Python Programmer Salary in India varies from entry-level to experienced. Also, it differs based on the work experience the candidate has and performance. So, the estimated fresher’s salary for Python developers ranges from 2.5 to 4.2 LPA, and experienced salary exceeds 20 LPA. Here the chart shows approximated salaries for freshers in Indian IT firms.

Learn DevOps through choosing DevOps Training in Chennai, and increase the probability of getting more Python Programmer Salary.

Python developers need to maintain a constant upgradation of their skills in accordance to newer technologies or trends. But, freshers looking for a good python programmer salary, must possess the following significant skills:

Critical Roles and Responsibilities of a Python Developers

Factors that Determines the Salary of a Python Developer

There are multiple reasons for freshers who are looking for Python Developer Posts. Let’s discuss the prime factors to consider Python

As the demand for Python Developer roles is expanding worldwide, we intend to deliver tutorial materials and interview tips to both freshers and experienced professionals.

Before discussing the interview tips, preparatory tips and course guides are significant for freshers. Choosing reliable sites for course materials, tutorials, and book pages are essential as the right resource will provide the right knowledge. So, Python admirers are highly recommended to Learn Python Programming Tutorial and to read the Best Python Books for Beginners. These resources will provide adequate knowledge as it follows simple and understanding language apt for both beginners and experts. Also, it will strengthen the knowledge base and confidence of admirers for the interview phase.

Now, Interview Question and Answers are also important for freshers looking for various Python Developer Fresher’s Jobs. Nowadays, we have plenty of study resources and interview tips online, but identifying genuine and reliable resources is difficult. Therefore, if you are looking for an auspicious resource, follow Python Interview Questions and Answers which are reviewed and published by experts. Also, to gain additional knowledge on promising Interview guides, follow Important Interview Tips to be confident about the Interview round.

We have read the importance of Python which has been entering all the leaps and bounds of IT work and every sector! As a consequence, the demand for Python Developers in India has been potentially increasing with excellent benefits. Python is the unlocking key to innumerable opportunities to either freshers or experienced professionals. Hope this blog has driven your intelligence to diverse opportunities for a Python Developer, Enroll and Improve your computing skills through learning Python Training in Bangalore at FITA Academy.