Unix Training in Bangalore is now a preferred choice for professionals who want to learn the ins and outs of this well-known operating system. FITA Academy, one of the leading institutes for Unix Course in Bangalore, offers an integrated course that covers both the basics and advanced features of Unix. The institute also offers a variety of certification programs that certify students’ mastery of Unix concepts. So what are you waiting for? Register now, and let us show you how easy it is to learn Unix. 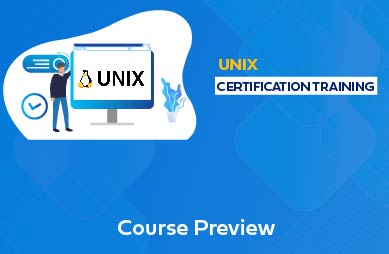 Course Highlights and Why learn the Unix Training in Bangalore at FITA Academy?

Learn about the history of Unix: Unix was created by AT&T Bell Labs as a replacement for their proprietary BSD operating system.
Understand the structure of Unix: Unix is built on a modular architecture that allows users to customize its components according to their needs.
Explore the various commands available in Unix: A number of different commands are available in Unix. These include grep, sed, awk, sort, cut, join, head, tail, etc.
Get familiar with Linux: Linux is a free, open-source operating system based on UNIX. It is used widely by developers and programmers.
Master the shell scripting language: Shell scripts allow users to automate tasks using simple programming languages like Perl, Python, Ruby, Tcl, etc.
Gain practical knowledge of networking: Networking plays a major role in any modern computing environment. With the help of network protocols, computers can communicate with each other over networks.
Learn about databases:Databases store information in structured formats. They are useful for storing large amounts of data.
Experience real-time application development: Real-time applications are those that run continuously without stopping. Such applications are often used in telecommunication systems, industrial control systems, and so forth.
Develop secure software: Secure software ensures that only authorized people have access to sensitive information.
Build your career: There are several job opportunities in the IT sector. You can opt for careers such as Software Engineer, System Administrator, Database administrator, Application developer, Web Developer, Security Analyst, Network Engineer, etc.
Read More Read less

About Unix Certification Course in Bangalore at FITA

FITA Academy offers the most comprehensive and up-to-date Unix Certification Training in Bangalore. Our courses are designed for individuals who want to get certified as a Unix System Administrator or for those who want to certify their skills in administering Unix systems. We have a wide range of courses available, starting from the very basics and moving on to more advanced topics. It is our goal to ensure that each of our courses is comprehensive and covers all of the material required for this Unix Certification in Bangalore.

Our training facilities are world-class, and we have a team of experienced instructors who will help you learn everything you need to get certified. We also offer student support throughout your course, so you can be sure that you’re getting the best possible training. If you’re looking for quality Unix Certification in Bangalore, look no further than FITA Academy.

After completing their Unix training at FITA Academy, students in Bangalore can find many job opportunities. The most common ones are system administrators, network administrators, and software developers. Other popular jobs include database administrators, web developers, and software testers. This Unix Training in Bangalore provides students with the skills they need to succeed in these careers. Students learn how to use the Unix operating system and its command-line interface. They also learn how to manage files and directories, troubleshoot problems, and create databases. This training prepares students for a career in information technology.

Students enrolled in our training programs receive hands-on experience by being assigned real projects before completing their training, allowing them to hone their skills quickly and start work immediately after graduation. In addition, FITA Academy teaches students how to write code using the C programming language. This skill will prove useful in several fields, including networking and web development. Contact Us Now for More Information about our Unix Training in Bangalore.

I had joined the career fair recently and wanted to work in a software company. After looking around various institutes, I came across FITA Academy and attended their Unix class. Now I am working in a reputed IT firm as a trainee.

I was confused between the two companies when I applied for fresher jobs. I went through the website of FITA Academy and found out about their Unix training program. I took admission and after completing my training successfully I got placed in one of the best companies.

I was searching for a good quality training institute for my career growth. And then I came across FITA Academy training center and decided to take admission. My experience has been great. All the staffs are very helpful and friendly. I recommend this institute to everyone.

Unix is a multi-user operating system developed by AT&T Bell Labs. It is based on Berkeley Software Distribution (BSD). Unix is available in many forms, such as Linux, BSD, Mac OS X, etc.

Is there any prerequisite for taking up the course?

No, there is no specific prerequisite for taking up this Unix Training in Bangalore. You can join the course without knowing anything about Unix.

Do I get a certificate after completion of the course?

Yes, you will receive a certificate upon successful completion of the Unix Course in Bangalore.

Are there any other courses offered by FITA Academy?

Will I be able to get job after completing the FITA Academy course?

Yes, we help our students in getting placements after the Unix Training in Bangalore in top MNCs as we have partnered with 1500+ companies for placement support.

Can I attend classes both online and offline?

Yes, you can choose either an online or offline mode of study.

What are all facilities provided to the students?

Students are given free Wi-Fi access during class hours. They also have access to laptops/tablets for self-learning.
Read More Read less

FITA Academy is a leading Institute for providing IT Training in Bangalore. Our main aim is to provide quality education to the students and make them successful in their respective fields. We have more than 50,000+ Students studying under us. We offer flexible timings, affordable fees, high-quality teaching methods, and excellent placement assistance.

We believe in building strong relationships with our students by offering personalized attention and outstanding customer service.

To empower individuals to reach their full potential through learning and development.

To be recognized as an institution that offers world-class training programs and services to Aspiring students.

What makes us different?

Benefits of Taking Up this Unix Course in Bangalore